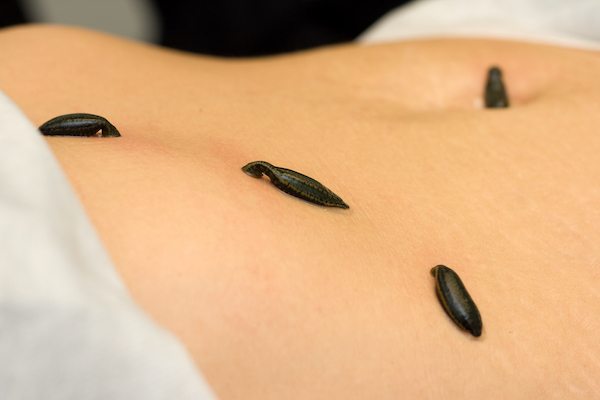 The use of medicinal leeches is as old as the Pyramids. Literally. Records indicate that Egyptians used leech therapy more than 3,500 years ago and leeches (often mistakenly credited as cobras) are included in the hieroglyphics painted on the walls. The tombs of Egyptian pharaohs contained pictures of leeches, and descriptions of leech medical treatments appear in ancient Greek and Roman texts. The popularity of the use of leeches in the 18th and 19th century in Europe caused them to become scarce. Leech therapy was used to treat a wide range of conditions.

Herophilos (335-280 BC) was a Greek physician who was the first scientist to systematically perform scientific dissections of human cadavers and is deemed to be the first anatomist. Hippocrates (460BC-370BC), another Greek physician, is referred to as the “father of medicine.” He was the first physician to reject superstitions, legends, and beliefs that credited supernatural or divine forces causing illness.

Both physicians used medicinal leeches, amongst other methods, to remove blood from a patient to “balance the humours.” The four humours of ancient medical philosophy were blood, phlegm, black bile, and yellow bile. The belief at the time was that these four humours must be kept in balance in order for the human body to function properly. Any disease or illness was thought to be a result of an imbalance of these humours. The dominant humour was believed to be blood.

However, it was Aelius Galenus (AD 129 – 200), a prominent physician and philosopher and the most accomplished medical researcher of the Roman era, who introduced bloodletting to Rome. His theories dominated and influenced Western medical science for well over a millennium. Of the four humours, Galen believed that blood was the dominant humour and the one in most need of control. Romans were the first to use the HIRUDO name for leeches.

Leech therapy, or hirudotherapy, survived the fall of the Roman Empire and remained popular throughout the Middle Ages. Over the centuries it remained an integral part of treating disease and illnesses all around the world. Bloodletting in its various forms was especially popular in the young United States of America. Dr. Benjamin Rush, a signatory of the Declaration of Independence, saw the state of the arteries as the key to disease, recommending higher than ever levels of bloodletting.

Sometimes, “bloodletting” was overdone; it worked so well in so many cases, some tried to use it for everything. At the beginning of the 1800s French physician Poliniere asked, “Leeches – immense good, or terrible scourge?”

Dr. Henry Clutterbuck, lecturing at the Royal College of Physicians, stated in 1840, “blood-letting is a remedy which, when judiciously employed, is hardly possible to estimate too highly.”

Indeed, by the mid 1800s the demand for leeches was so high that the French imported about forty million leeches a year for medical purposes, and in the next decade, England imported six million leeches a year from France alone, since the leech production from their own farm near Oxford were insufficient. And it wasn’t just Europe – there was an explosion in the use of leeches in Asia and the Middle East.

Bloodletting was recommended by Sir William Osler in the 1923 edition of his textbook The Principles and Practice of Medicine. 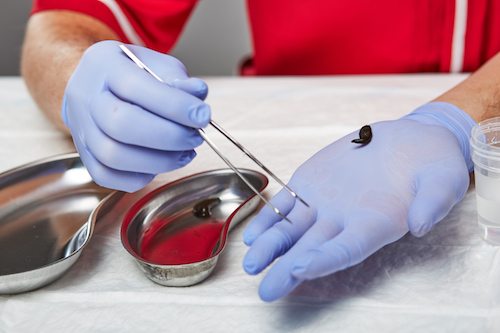 With the advent of antibiotics in the mid 20th century, leeches fell out of favor. But not for long. In the second half of the 20th century leeches made a comeback with the advent of microsurgery such as plastic and reconstructive surgeries. In operations such as these, one of the biggest problems that arises is venous congestion due to inefficient venous drainage. This condition is known as venous insufficiency. If this congestion is not cleared up quickly, the blood will clot and arteries that bring the tissues their necessary nourishment will become plugged and the tissues will die. It is here where the leeches come in handy. After being applied to the required site, they suck the excess blood, reducing the swelling in the tissues and promoting healing by allowing fresh, oxygenated blood to reach the area until normal circulation can be restored. The leeches also secrete an anticoagulant (known as hirudin) that prevents the clotting of the blood.

In June, 2004, the Food and Drug administration (FDA) gave approval for the commercial marketing of Medicinal Leeches and determined that leeches are medical devices because they meet the definition of a medical device.

Medical research and the use of leeches never stopped in some parts of the world, especially in Germany and Russia. So it is little wonder that both countries achieved the highest level in overall research on medicinal leeches and Russia became the biggest producer of Hirudo Medicinalis in the world.

The popularity of leech therapy began centuries ago when there was little research or scientific facts available to back up the benefits – people just knew it worked. Today, however, we do have proven facts and studies of the numerous advantages of using leech therapy.

Today leeches are on the cusp of not only enjoying a revival for known health benefits, but there are constant new discoveries based on thorough medical research about positive effects of the substances medicinal leeches introduce into the human body (and animals as well!) during the hirudotherapy treatments.

Call us or send us a message to learn more about how we can help with your health concerns.

Even though human medical capabilities have evolved to the point that sci-fi mainstays such as robots and lasers are commonplace in operating rooms, many of medicine’s most important breakthroughs still come from nature. Arizona Leech Therapy is here to help you find a natural, drug free solution for your medical conditions.